Tags for Spark Your Child’s Interest In Investing?

Spark Your Child’s Interest In Investing?

Every boom & bust teaches us few lessons and we feel we are on the verge of mastering market cycles and perfecting the art of stock picking....how to teach our next generation about Investing?

Investment at a Young Age
How often do we parents inculcate the habit of savings in our children? We always brush it aside saying he will grow up and learn, we also feel sorry for ourselves, the luxuries we were denied while growing up that we end up getting it all for our children, I am definitely that parent. 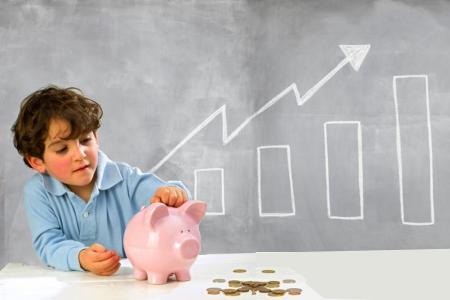 A story from a client got me thinking.
“ It all began at the supermarket. Every time we went shopping, my older son, 10 years old, would bother me to buy him a certain product he’d seen in an advertisement. The same thing would happen when we passed a toy store. He would try to convince me for highly advertised action figures. I then realized that it was the right time to teach him how business works and the stock market would be a perfect way to make him understand. I told him he could buy the stock of any company he wanted with his pocket money or from his allowances.
He was much interested in Computer Stocks, Playstation, and other companies that he was aware about. We went to a restaurant, my child asked me if the restaurant had its stock for purchase. He asked many questions about investment, how to purchase etc. He was well aware by now that the money invested not only gives you a collateral but also grows your money. I would show him the companies listed and the stocks that he owns. After seeing all prices shoot up, he was taken aback.
Not every stock that he owned was in profit, it was a better thing because for his age he needed to learn that not all stocks go up. But, like many retail stocks, it took a beating because of competition from online outlets. When I explained this dynamic to my son, he wanted to find retailers with a stronger online presence.
A year later I saw him lecturing his cousin about how to use holiday money. “Don’t just buy toys—use your money to invest in the future,” he told the surprised older boy.”
He has succeeded as a parent.
Children learn from their environment, be influenced from their elders, siblings, even friends. It is important to throw open the right lessons of finances at the right age. Children between the ages of 6-8 should know about earning, saving and spending which will help them to build their problem solving and decision making skills. A little older children can be introduced to investing which will facilitate their abstract thinking. Like in the story above, the kid not just learnt to save money but he realised the value of caring for it, we can even root this boy to strike young as an investor/ entrepreneur.
Not all parents will have the knowledge to teach their children at this young age. A school investing club would be a good start for the children to learn or look out for videos that help children gain a better perspective.
Experts from IFE Academy focussing on spreading financial literacy among different age groups including that of children has a lot of workshops, eduationals videos, quizzes and experts to help gain necessary knowledge on investing, saving and spending. They spread this knowledge free of cost for the benefit of all. Their lessons through SMS is a boon where a simple missed call to 8099902902 will entail you to a daily SMS on financial jargons and terminologies.

Author For Spark Your Child’s Interest In Investing?