Tags for Should kids start coding in Scratch or Python?

Should kids start coding in Scratch or Python?

When kids are introduced to programming languages like C, C++ & Java, they all appear to be greek and latin.

Most of the students have a real hard time deciphering what exactly is being written as lines of code in simple as well as complex programs. We wonder why didn’t every school start to teach an easy coding language at the early stages of schooling? Thanks to the Indian Government now! Government policy has introduced coding in the new curriculum. 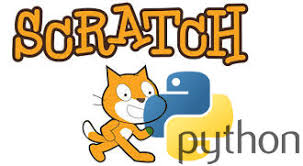 Where to start with their child’s coding journey?

Now the real question among parents is… Where to start with their child’s coding journey? Now prior to joining your child in random online coding classes that are selling fast like hotcakes, it is essential to know the talents that your child is gifted with and to know their interests in various activities. This prior analysis helps a concerned parent to guide their child towards a favorite fruitful path.

Well, Most of the parents of kids age above 7 already know that there are two well known ways to start. One is Scratch & the other is Python! Both are similarly simple programming languages but let’s see what really grows the skill snowball of your child to their career proportions.

Jumping to the point, Scratch is a visually appealing and simplified programming language that is designed for kids only. It finds its application in designing animations and in many games. It captures the initial attraction for its block coding style where kids get to drag and drop the code blocks to develop a program. But…, Are kids really getting to code with scratch? Clear the decks! The answer is NO!

Here are few solid reasons that make scratch just an attractive game but not anything real about coding.

Yes! Amateur in the sense, It is NOT a professional programming language. There is literally no job description in the commercial world that seeks for scratch knowledge and experience. In short, Knowing scratch doesn’t add into your child’s programming skillset or future job resume.

Since it is not a professional programming language, its use is restricted to animations and games for kids. With negligible scope of scratch, there is no stunning motivation to start with scratch.

The bitter truth for all who are fascinated with scratch is that it doesn’t help your child to understand or grasp other advanced programming languages like Javascript, Java or any such later in future. Since the technical knowledge attained through scratch is insignificant, it fails to give a basic understanding of various programming concepts like creative looping, logical thinking and many more.

It sounds really cool to use anything pre-programmed to reduce our effort but when kids use such code blocks, The actual code behind the blocks need to be examined by kids to understand its working. If not done then I would say this hinders the ability to develop computing skills. Now, what is the point in referring to a scratch code which doesn’t have any part in building the coding knowledge in your kid?

There is no doubt that Scratch is a fun & visually appealing outlet for kids but now that we realise the Reality of learning to code with scratch, We seek for the best alternative to it. Well, the best starter for any novice or any kid would be Python. Now wisdom is about choosing the better option and making the best use of it. We choose Python for the simple facts that  Python is

Now, the question arises if kids would be interested in learning python? It is a common & conventional belief that python could be learnt through text based coding only. This myth is busted by HackerKid.

HackerKid was developed with exclusive coding games that have the Turtle module which lets your kid explore Python in block coding style. With all the enticing gaming environment & python code blocks, Kids find it a lot more amusing and much logically enriching than scratch.

Author For Should kids start coding in Scratch or Python?