Tags for Pros and Cons of Culinary Arts

Pros and Cons of Culinary Arts

Culinary Arts can be a perfect career for those who wish to play with food and have a good knowledge about the tastes from across the world. The TV shows that come up inspires people to choose culinary field. Though culinary has its own pros and cons like any other but the one that decides to fit can make it till the end. It all ends up with how you deal with the situation and how you react to it. At the start one can be paid less that does not meet its expectations, but with hard work and dedication one can reach where they desire to be. The journey maybe not be a cakewalk but it definitely will be fruitful.

Pros and Cons of Culinary Arts

Culinary arts as a career is attracted to a growing number of people, thanks to the popularity of cooking shows on television that showcase culinary chefs as celebrities and contestants preparing extraordinary creative dishes in the kitchen. Becoming a chef isn't about just slicing, it takes a lot of hard work, determination and skills. Before you enroll in culinary school, you should understand the pros and cons associated with a career in the culinary arts. 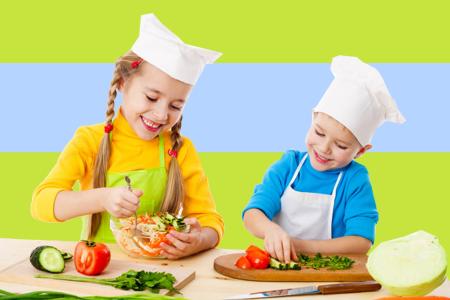 culinary gives the freedom to innovate and experiment with dishes. Which means, they can be creative at the workplace, and do what they like. Culinary is a freedom that many professionals don’t usually get to enjoy at work place!

Culinary helps in getting High package salary for the chefs working at high end hotels and other places. Along with the handsome salary package, they also get to enjoy other perks like – chance to interact with clients from around the world, work with talented chefs etc.

A skilled chef is always in huge demand. Lack of job opportunities is not something that they need to worry about in culinary.

Apart from a regular job, culinary also have numerous self-employment opportunities available in front of them.

5. Can do trial and error in culinary

A chef can always play with food and use their taste to create new dishes in culinary unlike other jobs. They can be their own boss when it comes to cooking food.

People in the culinary arts work long hours with few breaks. Culinary requires constantly  to be on your feet and often under pressure to deliver meals quickly. Here are 5 cons of culinary arts

In culinary, timings aren’t fixed like other jobs. Being a chef is not easy, one must be ready to work at odd hours also. It is not uncommon to see chefs working on long, grueling shifts.

2 Low pay for Culinary in many cases

In culinary chefs get paid a lot at the high end hotels, but when it comes to the chefs not belonging to the high end hotels they are not paid much. Many chefs are known to put in long hours of work. And the salary they get in return is not at all justifiable.

3 ‘Not too comfortable’ working conditions of culinary

Chefs often ply their trade in testing conditions and environment in culinary. A typical kitchen can meet accidents like fire, smoke, cuts etc. Carelessness can often result in accidents in culinary.

In culinary you have to standing for long hours. Their job often involves too much standing that leads to stress on physical body. Add to that culinary has long working hours and have a job that drains your energy

5 The Culinary reputation of the hotel lies on the chef

In culinary you cannot afford to bring its stress in the way of work, one mistake can cost the reputation of the hotel he is working in and his job. They have to be very careful while cooking anything for the customers in culinary.

Author For Pros and Cons of Culinary Arts