Toddlers need immense care and affection in the early years like holding, cuddling and talking stimulates brain growth and promotes emotional development. Being kept close to the mother provides the infant with a sense of emotional security.

A child's brain develops rapidly during the first 5 years of life, especially the first 3 years. It is a time of rapid cognitive, linguistic, social, emotional and motor development of the child. For example, a child also learns many words starting at around 15–18 months. Rapid language learning continues into the preschool.

The child's brain grows as the children visualize feels, tastes, smells and hears. Each child uses one of the senses, a neural connection is made in the child's brain. The child has new experiences repeated many times help make new connections, which shape the way the child thinks, feels, behaves and learns now and in the future.

A close relationship between the child and the parent is the best way to nourish the growing brain. Parents should play, sing, speaks, reads or tells a story to the child and nurtures her or him with healthy food, love and affection, the child's brain grows. Child being in a healthy, interacting and living in a safe and clean environment can make a big difference in their growth, development and future potential.

For toddlers, crying is a way of communicating. The response to the child's cry is by holding and/or talking soothingly to her or him will help establish a sense of trust and security.

This kind of early bonding and attachment to the parent or other close caregiver helps a child develops a broad range of abilities to use and build upon throughout life.

Uckindies International School, Annanagar suggests that early bonding and attachment to the parent or other close caregiver helps a child develops a broad range of abilities to use and build upon throughout life and these include 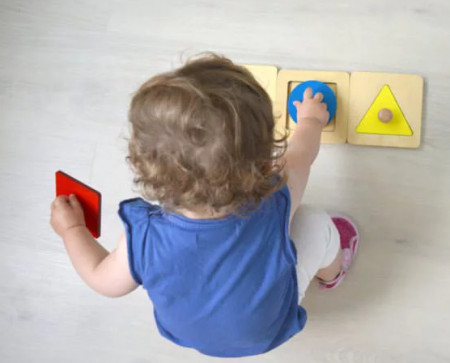 As a child brains develop, their emotions are real and powerful. Children become frustrated and are unable to do something or have something they want, they get frightened of strangers, new situations or darkness. Children whose reactions are laughed at, punished or ignored tend to grow up shy and are unable to express emotions normally.

If caregivers or parents are patient and sympathetic when a child expresses their strong emotions, the child is more likely to grow up happy, secure and well balanced.

Toddlers can experience excessive stress if they are physically /emotionally punished, exposed to violence, neglected or abused, or live in families with mental illness, such as depression or abuse. These definitely interfere with the developing brain and can lead to cognitive, social and emotional delays and behavior problems in childhood and later in life.

Responses by parents and other caregivers encourage children to become well-adjusted and productive members of the family and community. Both parents as well as other family members need to be involved in caring and nurturing the growth, learning and development of children Mothers around the world generally take on the primary role of addressing their children's rights and needs. They love, feed, console, teach, play with and care for their children and a  father's role is as vital as the mother's in nurturing and caring for their children and protecting their rights.