All you need to know about BRICS Math online competition

The BRICS MATH competition focuses on logical thinking and does not require any in-depth knowledge of school curriculum. 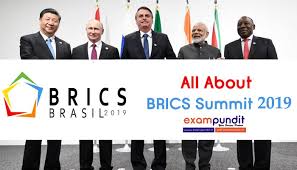 BRICS is a collaboration of five emerging countries that includes Brazil, Russia, India,China and South Africa. All of the five emerging countries contribute to 37% to the world GDP and 17% share in the world trade. With various other initiative taken up under Indian championship. The BRICS Business Council was established during the 5th BRICS summit held on March 2013. This BRICS council was established to strengthen ties between all the five BRICS countries. FICCI, the secretariat for the BRICS Business forum act as a technical secretariat for the BRICS business council. BRICS as a renowned forum also focuses on nourishing mathematical reasoning of children and also enhances various skills of them. The BRICS initiative helps to create an impact on students with their mathematical concept.

Math or Mathematics have always played an important role in everybody's life. Learning concepts through math helps a person become methodical and act in an orderly fashion. Behaving in such an orderly manner enables us to prevent chaos in one's life. It also nurtures our ability of critical thinking, logical reasoning, problem solving and also helps in effective communication. The learning process can be even more effective if fun elements are included in the curriculum.

Participation in various competition and events always tends to give a whole lot of experience and exposure on various aspects making a person even more confident. Winning is not always necessary, sometimes losing teaches you the experience of coping with the loss. It even tends to make you self-sufficient by understanding and getting inside a lot of knowledge. Participating will always make you stronger an  better version of yourself. Participating in something as big as the BRICS competition will help students become more confident of them.

BRICS Math online competition is an annual online contest that is being organized by the BRICS forum in the field of Mathematics, without any charges, for students of classes from Std I to Std XII in BRICS countries such as Brazil, Russia, India, China and South Africa.

How is this Online competition held at BRICS Math

The 3rd BRICSMATH.COM competition in Mathematics will be held in two rounds. Round 1 which is a trial round will be held between 12th October – 12th November.

Purpose of the competition at BRICS

The main purpose of the BRICS math competition is to create an interest with students in mathematics and help them develop a logical reasoning skill and unite students from various countries. This BRICS initiative aims to develop creativity among children and to motivate them towards learning. Various tasks are assigned to the students in the form of a game. This makes the learning process more fun and efficient. Such an initiative by the BRCIS creates an awareness among students for more participation.

All participants and teachers will be rewarded with certificates in this BRICS online competition. BRICS doesn't leave anybody unnoticed.

How to participate in BRICS

The BRICS math competition is mainly held online on the website BRICSMATH.COM and is completely free of charge for students. All it takes for a student is to have a computer or a tablet and login to the BRICS math website and give their tests.

As a student, to gain access to this BRICS math competition, you need to login through your teacher’s credentials and then add you details like class, standard, name, gender etc on the BRICS website. The system of the BRICS website will automatically generate login and password for students.

So, if you are a teacher or a parent, please encourage your students or kids to participate in this amazing BRICS online math competition event and get more out of your child.

This is the best way to gain access across borders and compete both locally and internationally.

Please check the notification from CBSE regarding the BRICS math online competition or Bricsmath.com, the BRICS website. http://cbseacademic.nic.in/web_material/Notifications/2019/83_Notification_2019.pdf